The Arctic fox is a small breed of fox found in the Arctic regions of the Northern Hemisphere and throughout Arctic tundras. They are well-adapted to their lifestyle, with thick, warm fur and a generally rounded shape so that body warmth is less easy to escape; their long coat, white during the winter, blends well into their cold environment. Arctic foxes, like most foxes, are omnivorous. So not only do they prey on lemmings, voles, seal pups, fish, waterfowl, and seabirds, but they are also adapted to consume carrion, berries, seaweed, insects and other small invertebrates. Their natural predators include golden eagles, polar bears, red foxes, wolverines, wolves, and grizzly bears; they form monogamous pairs and build complex underground dens within which they raise their young, although other family members may occasionally assist in doing so. 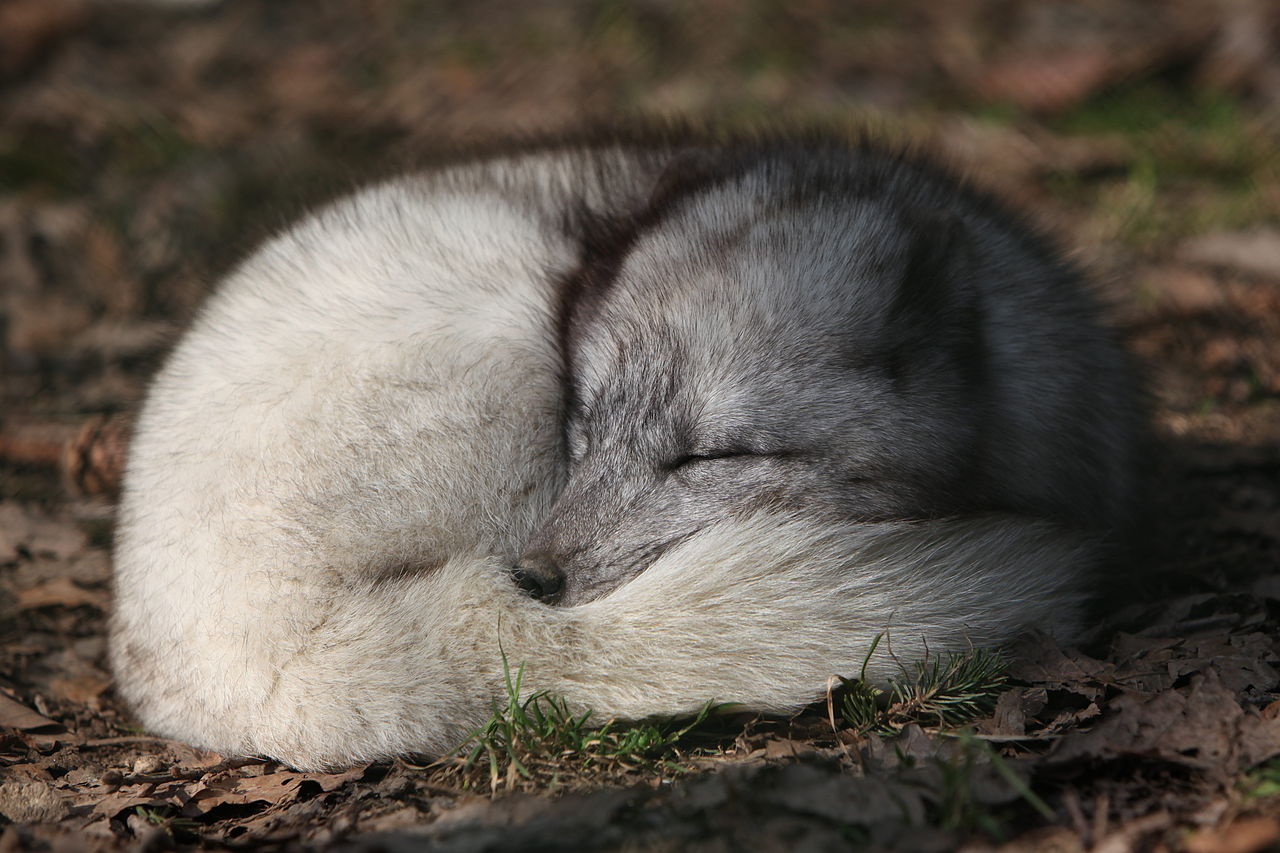 Arctic foxes usually select dens that are easily accessible, with many entrances, and choose those that face Southward toward the sun, which makes their dens warmer. If food is plentiful, they tend to have up to 18 pups, and when red foxes aren’t in the area, they tend to inhabit the dens that red foxes have previously occupied. Arctic foxes can eat eggs and hares and sometimes scavenge on carcasses left by larger predators. Despite the frigid extremes that they inhabit, Arctic foxes only begin to shiver when the temperature drops to –70 °C. Additionally, Arctic foxes are the only kind of canids that have fur covering their foot pads.

Arctic foxes have two distinct color morphs: white and blue. In the winter they are white, which turns brown along the back and light grey along the abdomen during the summer. The blue morph is typically a dark blue, brown, or grey color all year-around. Their hearing is less sensitive than those of kit foxes or dogs, but they can hear lemmings burrowing beneath four to five inches of snow. This is why foxes hunt by diving head-first into the snow to catch a mouse or a vole. Additionally, the Arctic fox has a keen sense of smell. They can smell carcasses left by polar bears anywhere from ten to forty km. It is also possible that they use their sense of smell to track down polar bears. Arctic foxes can smell and find frozen lemmings under 46 to 77 cm of snow and can detect a seal lair under 150 cm. 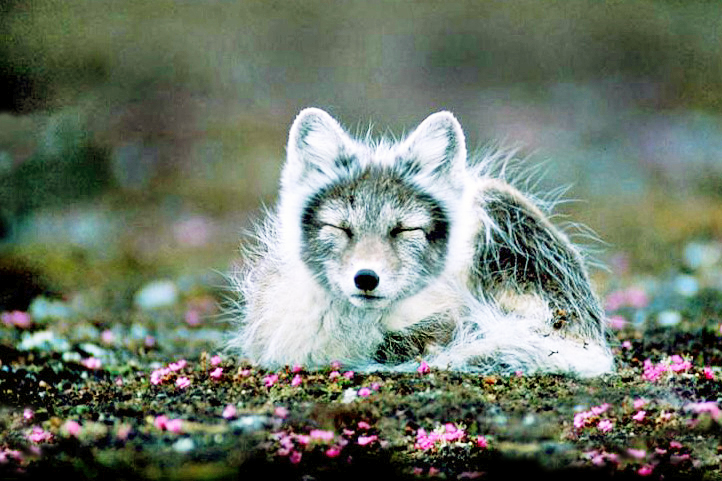