Judy was originally named Shudi; she was a purebred liver-and-white pointer born in China in February 1936. She was chosen to be the ship’s mascot aboard the HMS Gnat, and then was moved to the HMS Grasshopper, stationed on the Yangtze River before and during World War II. Soon after that, the crew began treating her as a pet, and Judy quickly learned to hear the approach of hostile Japanese aircraft long before any human could, and would warn the crew of their advance. During her time at sea, Judy fell overboard and had to be rescued, got lost and ended up on a different ship, fell pregnant, and also had a gun pointed at her by Japanese soldiers. Throughout her time at sea, Judy’s constant companion was Frank Williams. 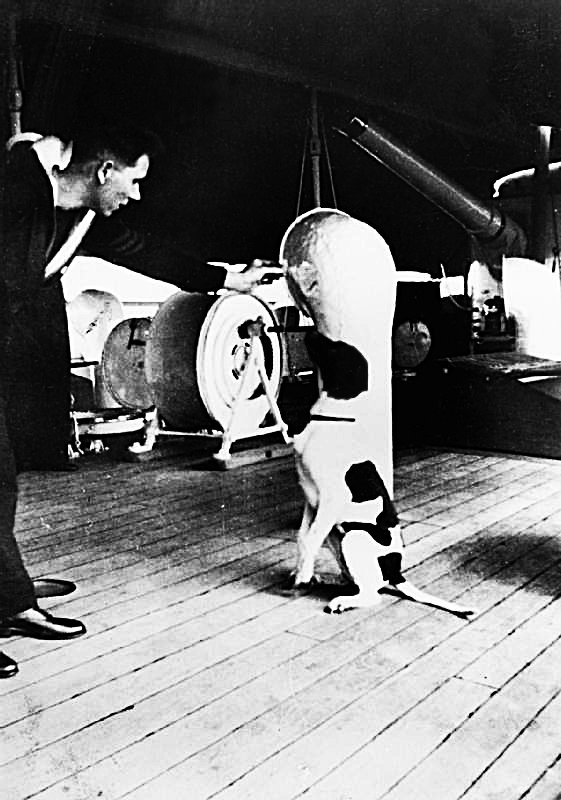 Judy on the deck of HMS Grasshopper

In June 1939, Judy was transferred to HMS Grasshopper, where she suffered terrible seasickness, and the ship was sent to Singapore after the British declaration of war on Germany. In 1942, Judy was on board during the Battle of Singapore, which caused HMS Grasshopper to evacuate for Singkep Island in the Dutch East Indies. While on the route, Judy alerted the crew to Japanese aircraft approaching; the Grasshopper was hit, and the crew abandoned ship and ended up on an uninhabited island. Judy was nearly killed when she got trapped by a falling row of lockers, but she was rescued when a crewman returned to the stricken ship to look for supplies. 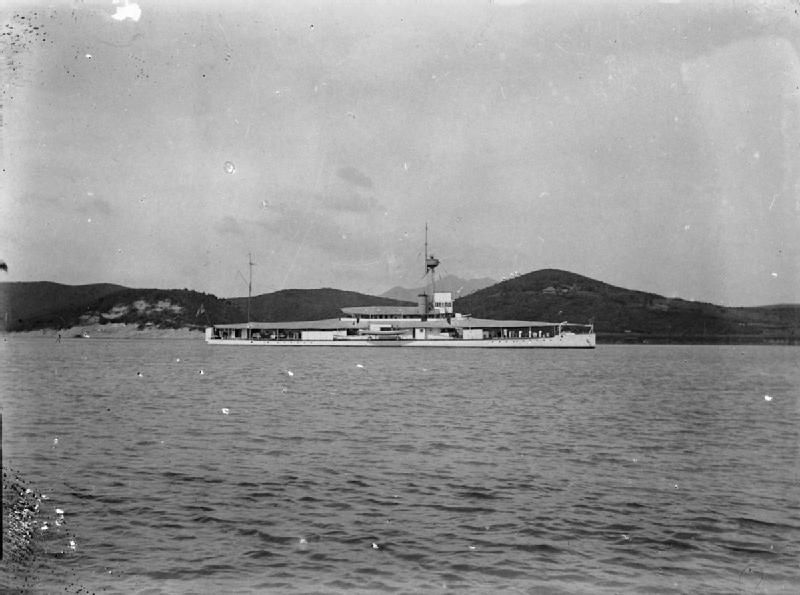 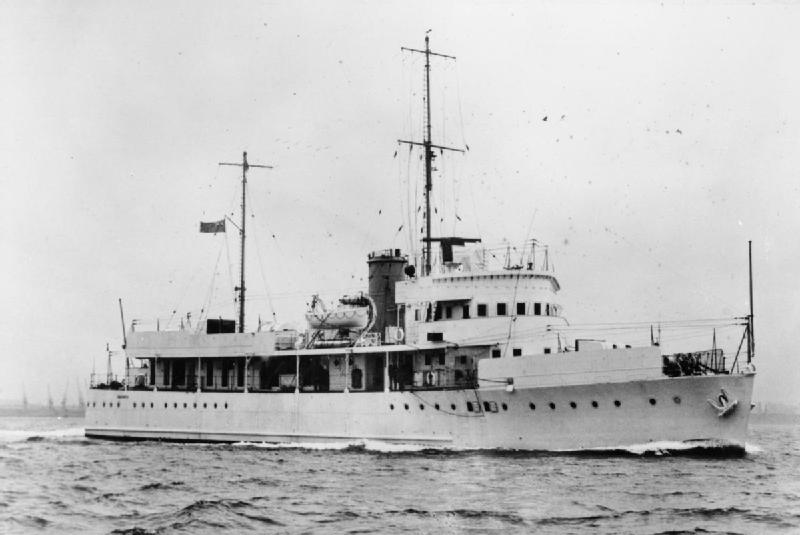 On the island with the surviving members of the crew, lack of water became an issue until one day Judy was credited to saving the crew’s lives by digging and unearthing a freshwater spring. The survivors made their way to Singkep and then to Sumatra, intending to link up with the evacuating British forces. They trekked across 200 miles of jungle for five weeks, during which Judy survived an attack from a crocodile. They arrived a day after the final vessel left and were taken as prisoners of war by the Japanese.

Judy was smuggled into the Gloegoer POW camp in Medan, where she met the Leading Aircraftsman Frank Williams for the first time. The men endured 3-4 years of horrific labor, torture, and starvation, and also every other degradation the Japanese could inflict upon them. Judy protected the men during her time in prison, and she became the only animal officially registered as a prisoner of war in World War II, with the number ’81A Gloegoer Medan’.

One of Judy’s litters of puppies in a dog basket, supposedly during her time aboard the HMS Grasshopper

Judy was moved around several more camps, and in June 1944 they were moved to Singapore on the transport ship SS Van Warwyck. Williams managed to smuggle Judy on board, and he taught her to be quiet while they were there. After the ship was eventually torpedoed, over 500 passengers did not survive, but Williams did–yet there was no news of Judy. However, when he heard stories of a dog helping to rescue people from the stricken ship, he knew it was her. Les Searle from the Grasshopper smuggled her into the next camp, where she was reunited with Frank Williams.

Judy was almost killed by Japanese guards following a lice outbreak among the prisoners, but Williams managed to hide her until the Allied forces arrived. She was then smuggled back to the UK aboard a troopship, and she spent the next six months in quarantine before arriving. Judy was awarded the Dickin medal by the PDSA, which is considered the animal version of the VC (Victoria Cross). She died in 1950 after a tumor and was buried in Tanzania, Africa, after traveling there with Williams to work on a groundnut food scheme. In 2006 her collar and medal went on public display in the Imperial War Museum in London, as part of ‘The Animal’s War’ exhibition. Her Dickin medal citation reads, “For magnificent courage and endurance in Japanese prison camps, which helped maintain morale among fellow prisoners and also saving many lives through her intelligence and watchfulness.”