The Jack Russell Terrier is a friendly, intelligent, and intensely energetic dog breed that was developed in England, around 200 years ago, for the purpose of fox-hunting. Their description is much as they were two centuries ago, due to their working nature. Measuring between 10-15 inches at the withers and weighing 14-18 pounds, Jack Russell terriers are tough and sturdy and tenacious; they have white coloration with black, brown, or tan markings, usually around the head. They have dense double-coats that are neither silky, in the case of smooth coats, nor woolly, in the case of rough coats. They can also be broken-coated, meaning that they may have longer hair on the tail or the face than that of a smooth-coated dog. Jack Russell Terriers have powerful, well-boned jaws with straight teeth and a scissor bite. Their eyes are dark, almond-shaped, and expressive, and they have V-shaped ears of moderate thickness. They must appear alert and balanced, and their chests must not be too large or wide so that it prevents them from working in burrows. 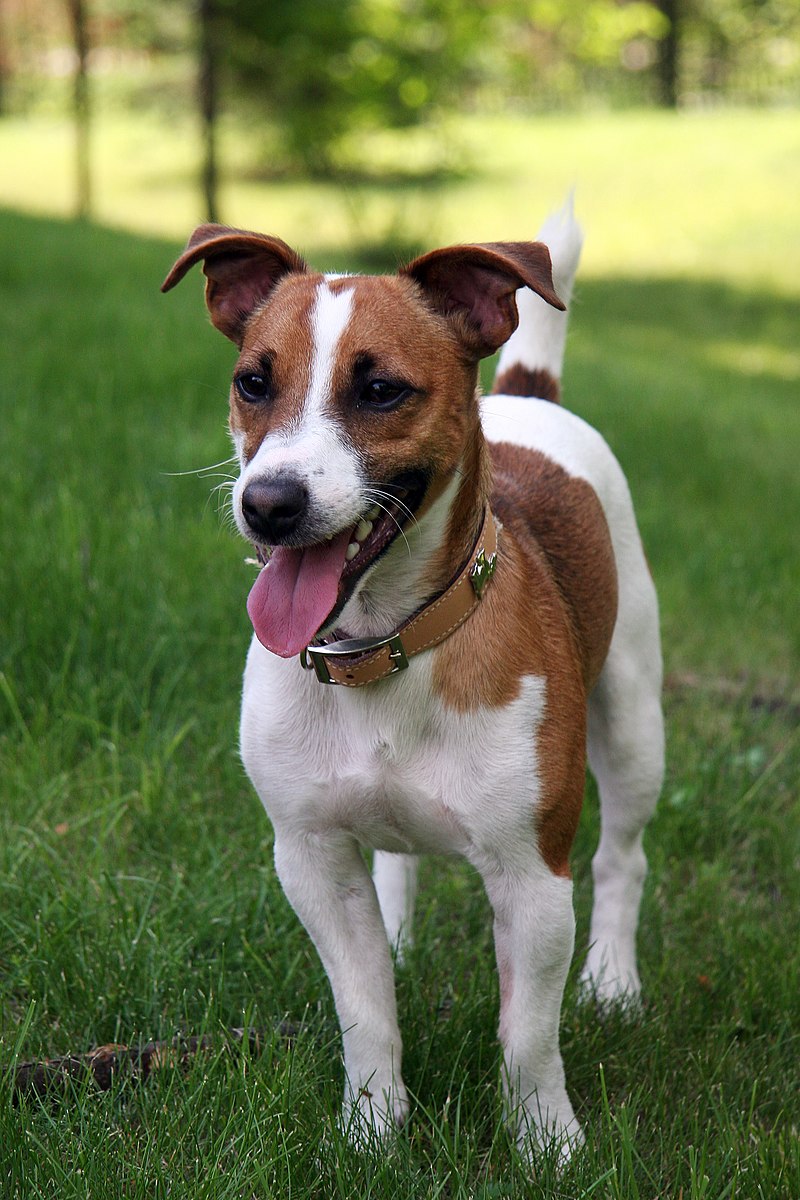 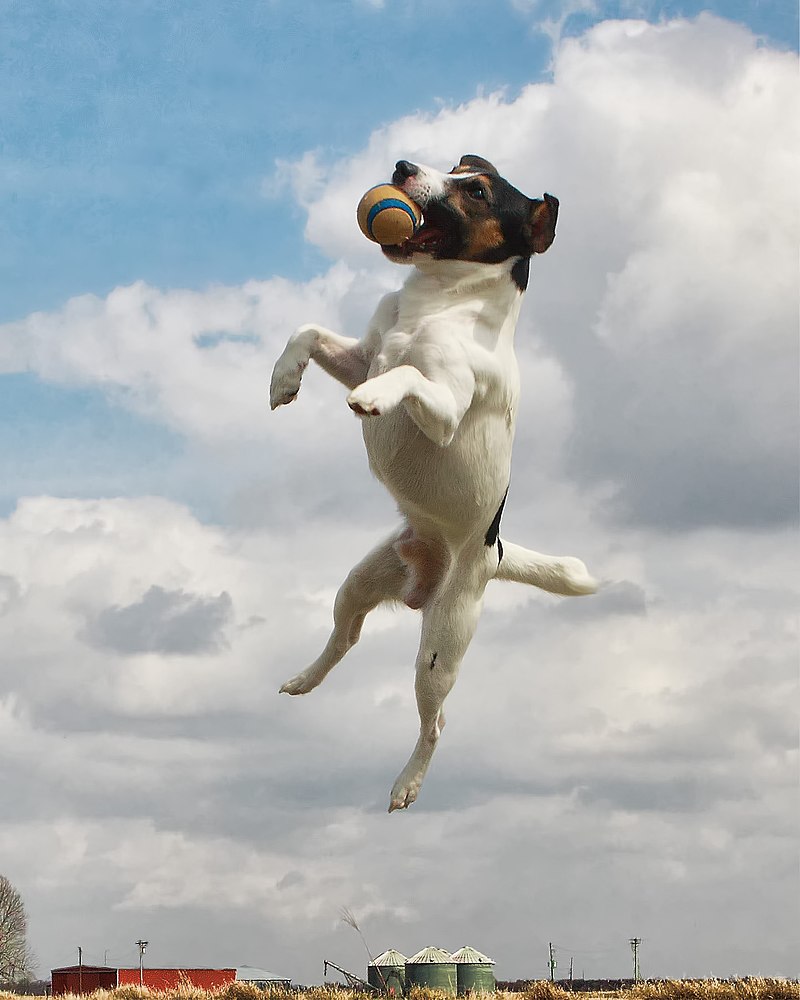 Jack Russell Terriers are formally working terriers, having been originally bred to bolt foxes from their dens. They are used on numorous ground-dwelling quarry, such as badgers, groundhogs, woodchucks, raccoons, and red and grey foxes. The JRTs are required to locate the prey beneath the ground and either bolt it or hold it in place while they are dug to.

JRTs exiting and working in tunnels.

The preservation of this working ability is highly important, and so JRTs are ordinarily very athletic, fearless, intelligent, and vocal dogs. They become easily bored and will create their own fun if they are left alone to entertain themselves; if not properly stimulated or exercised, they might often become moody or destructive. Their drive and high energy make them ideally suited to dog sports, such as flyball or agility. They will not tolerate abuse even if unintentional, and it is not recommended to limit them to apartments unless you can take on the daunting task of producing enough exercise and stimulation for them in a confined space.

Jack Russell Terriers have a reputation for being healthy and having a long lifespan. They take their name from Reverand John Russell, who, apart from his church activities, had a passion for fox-hunting and breeding fox-hunting dogs. His first terrier, named Trump, is said to be the foundation of John Russell’s strain of fox-hunting terriers. They have balanced proportions and are totally flexible, allowing them to maneuver underground when they follow their prey into their dens. 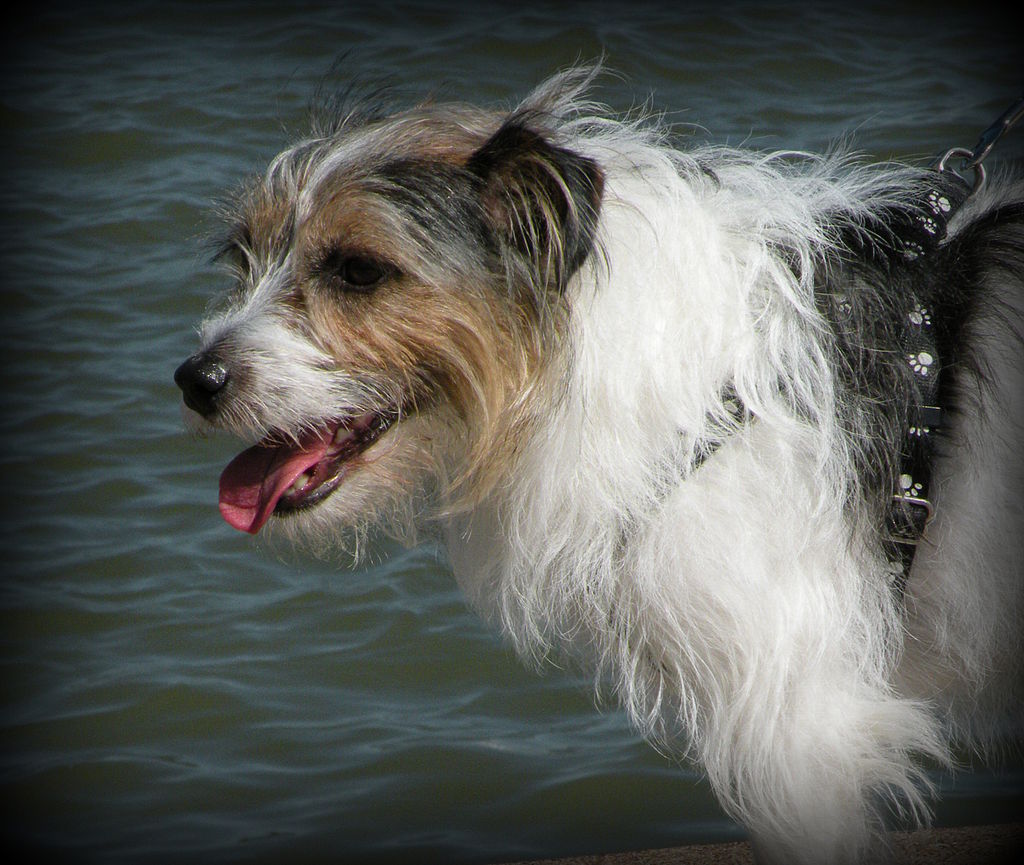 Jack Russell Terriers need good trainers. They can be taught impressive tricks and have been used in multiple films and shows, but unless it is established that the owner/master is the pack-leader, not the dog, the terrier might fall into Small Dog Syndrome and many behavioral problems are prone to arise. They are known to get restless if not enough physical exercise and amusement is applied to occupy their time, and it should be remembered that these dogs are liable to retain working-dog instincts (and they should). Overall, they make energetic and lively pets that small children must be taught not to hit or tease. As implied before, they don’t react well to abuse; otherwise, if sufficiently exercised and handled well, they are a good, brave, and intelligent breed of dog.