Description & Info:
Tree swallows are migratory birds first described in 1807 by a French ornithologist named Louis Vieillot. These acrobatic birds have glossy blue-green upperparts, with the exception of the blackish wings and tail, and pure white underparts with a black bill, pale brown legs, and dark brown eyes. They are a familiar sight in summer fields and wetlands across northern North America. As with many birds, the female is generally duller than the male.
The tree swallow nests either in isolated pairs or loose groups, in both natural and artificial cavities.
It has been recommended that the tree swallow be considered a model organism, which is a non-human species that is extensively studied to understand particular biological phenomena.

Nesting, Eggs & Young:
Breeding can start as soon as early May, although this date is occurring earlier due to climate change, and it can end as late as July. Tree swallows are generally socially monogamous, with high levels of extra-pair paternity. Both the male and the female feed the nestlings, who usually leave the nest about 18-22 days after hatching. The incubation is by the female only, and it lasts usually around 14-15 days. The clutches consist of 2 to 8 eggs, 4 to 7 on average. The eggs, though very pale pink at first, fade to pure white.
The chicks hatch slightly asynchronously, allowing the female to prioritize which chicks to feed in times of food shortage.
Courtship involves the male showing the female potential nesting sites. Their natural nesting sites vary from holes in trees, buildings, and the ground, to old cliff-swallow nests or, frequently, nest boxes. The nest, built mostly by the female, is a cup of plant materials such as grass, weeds, rootlets, moss, and pine needles. They are usually lined with many feathers from other kinds of birds, which are mostly added after the first eggs are laid.
Diet & Feeding Behavior:
An aerial insectivore, the tree swallow forages both alone and in groups, consuming mainly insects and some berries. They mostly forage in flight, often low over water or fields. Tree swallows may sometimes pick items from the surface of water while flying, and they occasionally feed on the ground—-especially in cold weather. However, their diet consists of mostly insects, especially during the summer. They feed on many flies, beetles, winged ants, and others. They also eat spiders and will eat sand fleas, which are crustaceans. Unlike other swallows, tree swallows eat a lot of vegetable material—-up to 20% of their annual diet, mostly eaten in winter. Bayberries are the main plant food, as well as other berries and seeds. 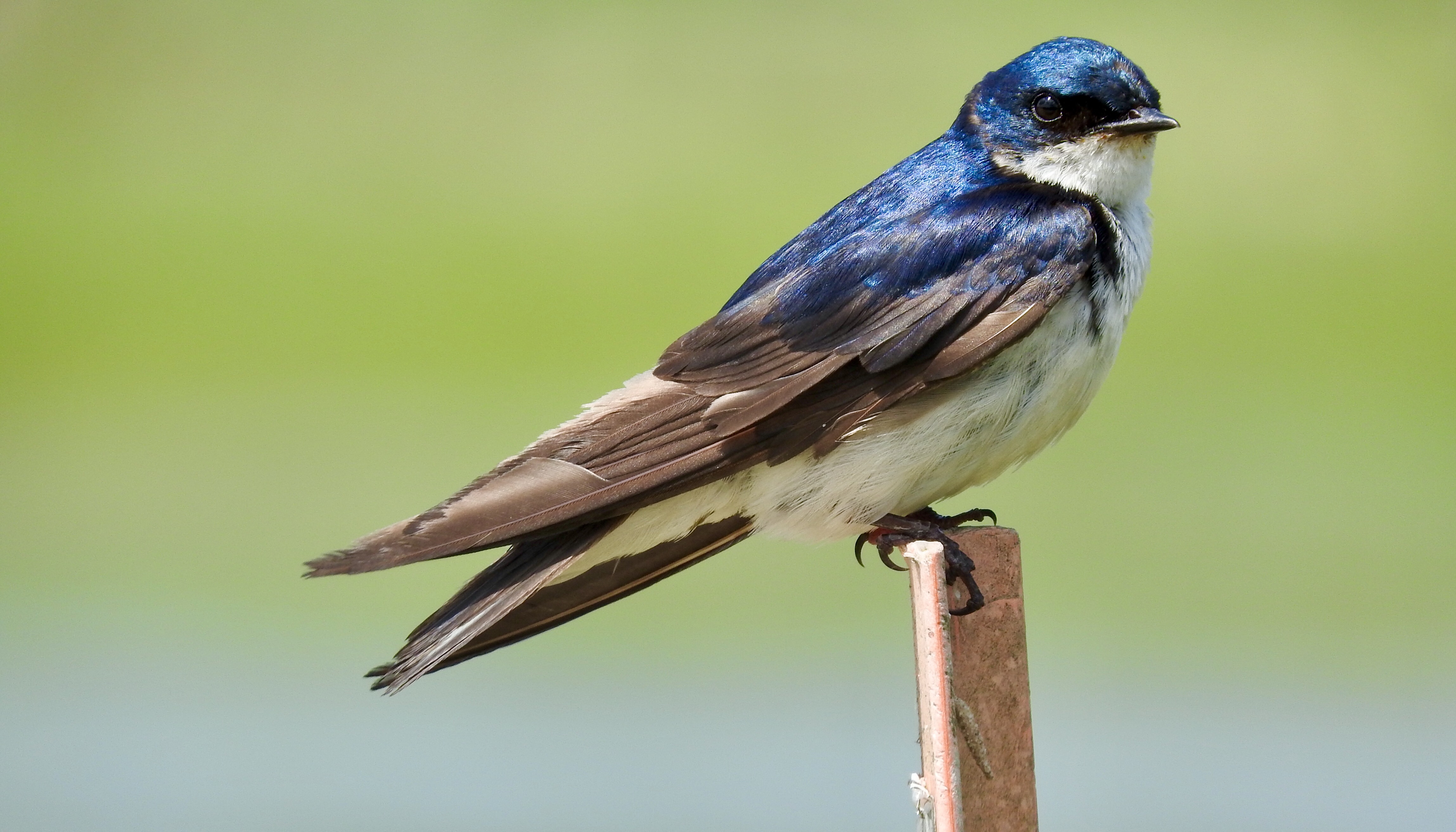 Parasites:
These swallows are also vulnerable to parasites. Blood parasites and different kinds of fleas, feather mites, and probably lice. Nestlings also suffer from parasites, such as blow-flies, which result in loss of blood. These parasites, however, do not seem to do significant damage to nestlings. They are also found in a great majority of nests. The effect of a disease can become stronger as a tree swallow gets older, as some parts of the immune system decline with age.

Status:
The tree swallow is considered to be least concern by the IUCN, due to the bird’s large range and stable population. Tree swallows are negatively affected by the clearing of forests, and there is a documented impact of the depletion of marshes, which reduces the habitat available for wintering. The tree swallow also has to compete for nest sites with the common starling and house sparrow, both introduced to North America. Acidification of lakes can force tree swallows to go relatively long distances to find calcium-rich items, and can result in chicks eating plastic. Chemicals such as pesticides and other pollutants can become highly concentrated in eggs, and PCBs are often associated with the abandonment of a pair’s clutch. 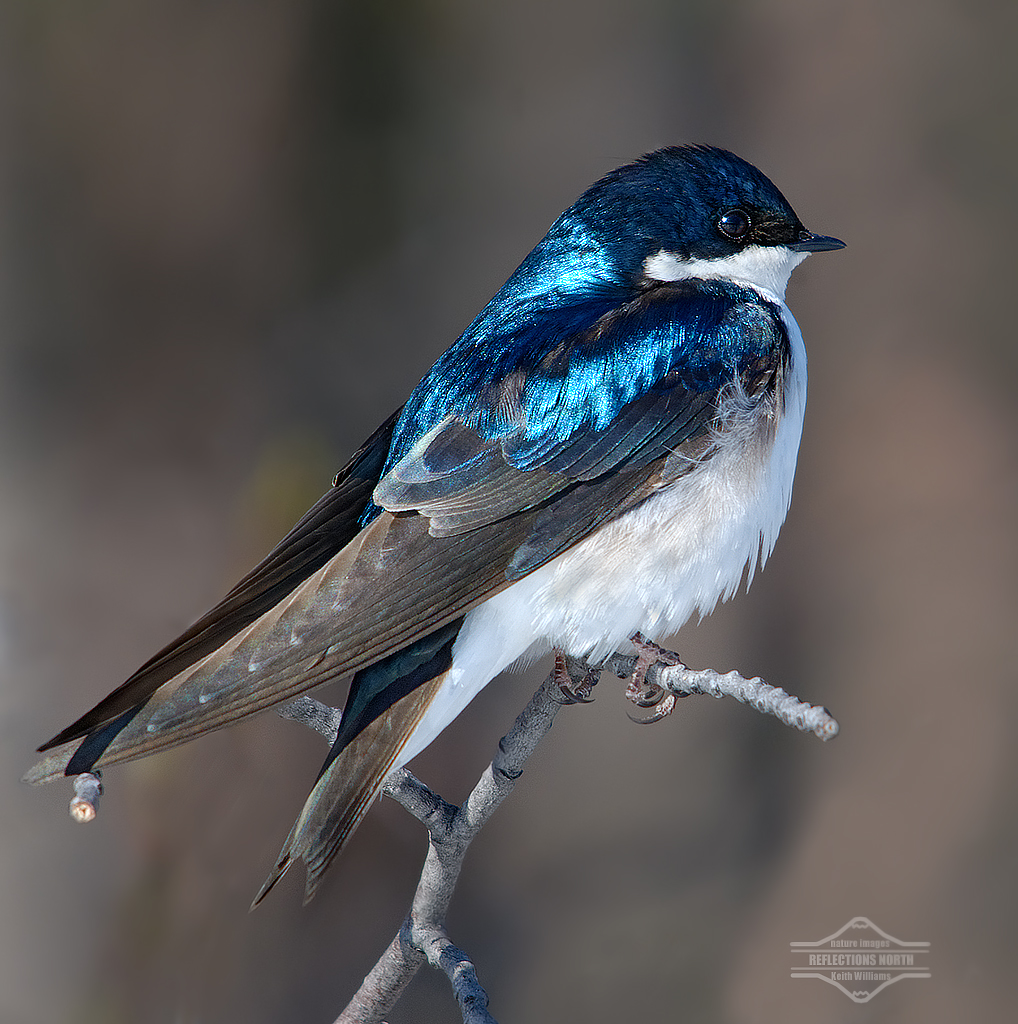 (None of these images are mine)