Laboratories are no place for any animal. They are typically sterile, indoor environments, in which the animals are forced to live in barren cages and are denied complete freedom of movement, as well as control over their lives. Enduring pain and frustration and loneliness, they are forced to sit and wait in fear for the next horrific procedure to be performed upon them. Some animals in laboratories are confined without the companionship of others. Sometimes they suffer together.

Animals used in experiments are usually bred for this purpose by the laboratory, or in breeding facilities—-it’s a cruel, multi-million dollar industry. But all these animals, whatever the situations, are equal. A dog bred for research is still a dog who could otherwise live a happy life in a loving home.
Some monkeys are still being trapped in the wild in Africa, Asia and South America, to be used in experiments or imprisoned in breeding facilities. Their children are exported to laboratories around the world. The use of wild-caught monkeys in experiments is generally banned in Europe, but is allowed elsewhere. Horses and other animals, such as cows and sheep and pigs, are often supplied by dealers, and may originate from racing stables or farms, for use in animal experimentation. The rules preventing the use of stray companion animals, like dogs and cats, vary from country to country.

Right now, millions of animals are locked in these cages in laboratories across the country. Millions of animals, cats and dogs, rabbits and rats, mice and primates, pigs, horses, birds, reptiles, amphibians, guinea pigs, are sacrificed as a result of animal experimentation. They are used in basic and applied research for the safety testing of products, to be bred or harvested from the wild, to be killed and cut up for dissection, and, as living factories of byproducts, to be used as ingredients in drugs or laboratory experiments. The complete lack of environmental enrichment—-the stimulation of the brain by its physical and social surroundings—-as well as the stress of their living situations, causes some animals to develop neurotic types of behavior such as incessantly spinning in circles, rocking back and forth, biting themselves, and pulling out their own fur. And after enduring this life of horrors, almost all of them are killed.

Some of the experiments conducted on animals today are required by law, but most of it isn’t. A number of countries have implemented bans on the testing of certain types of consumer goods on animals, such as the cosmetics-testing bans in the European Union, India, Israel, New Zealand, Norway, and elsewhere.

More than 100 million animals suffer and are killed in the U.S. every year in cruel chemical, drug, food, and cosmetics tests as well as in medical-training exercises and curiosity-driven medical experiments at universities.  Animals still suffer and die to test shampoo, mascara and other cosmetic products. Even if a product harms animals, it can still be marketed to consumers. They also suffer and die in classroom biology experiments and dissection, even though modern non-animal tests have repeatedly been shown to have more educational value. Mice, rats, birds, and fish, which comprises around 95% of animals used in experiments, are not covered by even the minimal protections of the Animal Welfare Act, and therefore go unaccounted.

Examples of animal experiments include potentially harmful substances that are injected into animals or forced down their throats before they are killed. It includes surgically removing animals’ organs or tissues to deliberately cause damage, and subjecting animals to frightening situations to create anxiety and depression. They force mice and rats to inhale toxic fumes, force-feed dogs pesticides, and drip corrosive chemicals into the sensitive eyes of rabbits.

The word ‘vivisection’, or animal experimentation, does not even begin to describe how hundreds of millions of animals are used in science every year, let alone capture the physical pain, deprivation and emotional distress experienced by animals who are cut up, poisoned, burned, exposed to radiation, gassed, shocked, dismembered or genetically designed to suffer. Nor does it reflect the tragedy of each individual life, however short and however brutal, caged in an artificial environment which deprives them of experiencing life as nature intended.

A large proportion of animal experiments in the European Union are reported to cause ‘moderate’ or ‘severe suffering’ to the animals, according to the researchers who carry out the tests. In the UK in 2018, 31% of animal experiments involved moderate or severe suffering. Some experiments require the animal to die as part of the test. Example: the strength of botox is measured in mouse LD50 units. This cruel test involves injecting it directly into the abdomens of hundreds of mice, and then counting the number of mice who die from poisoning over the next three days. Tens of thousands of mice suffer in this way in the UK and Ireland every year.

Animals are also used in toxicity tests conducted as part of massive regulatory-testing programs that are often funded by the money of U.S. taxpayers. The Environmental Protection Agency, the Food and Drug Administration, the National Toxicology Program, and the U.S. Department of Agriculture are just a few of the government agencies that subject animals to crude and painful tests. The federal government and many health charities waste precious dollars from taxpayers and well-meaning donors on animal experiments at universities and private laboratories, instead of supporting promising clinical, in vitro, epidemiological, and other non-animal, studies which could benefit humans. 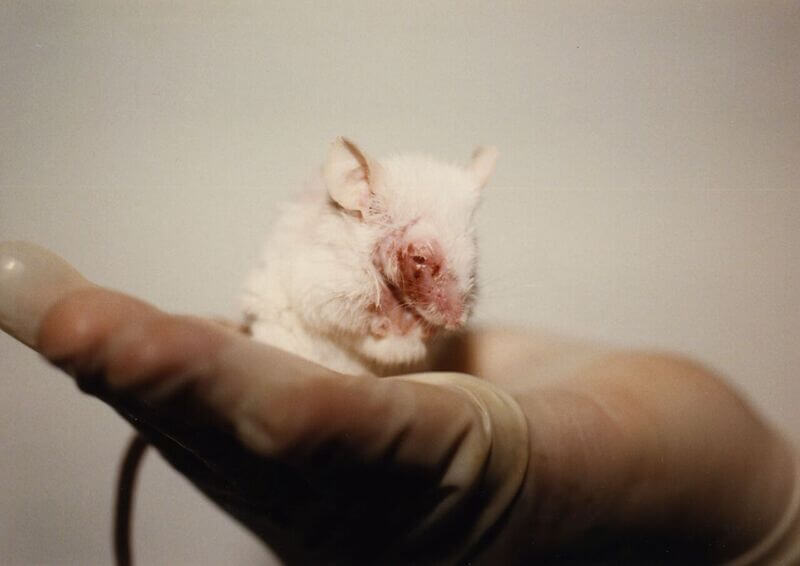 Animal testing has contributed to many life-saving cures and treatments, but it is also cruel and inhumane. Alternative testing methods now exist that can replace the need for animals. Not only are these non-animal tests more humane, they also have the potential to be cheaper, quicker, and more relevant to humans. Most experiments involving animals are flawed, wasting the lives of the animal subjects. You see, animal experimentation is an outdated and inadequate methodology that can produce invalid, often misleading results. It wastes money and resources, and sidetracks meaningful scientific progress. Animals do not have rights, and therefore it is acceptable (of course, lots of us don’t think it should be acceptable) to experiment on them. If we granted animals rights, all humans would have to become vegetarians, and hunting would need to be outlawed.

Animal experimentation has been debated for centuries, pitting compassion for animals against the pursuit of knowledge and human health. Society has allowed this practice because people have been firm in their belief that it was a ‘necessary evil’, that it was the only way to find cures for human diseases and to make cosmetics, drugs, and other products safe. Security and secrecy have ensured that people are safely unaware of what is happening behind the laboratory doors, or that they trust that the laws intended to forbid animal cruelty include protection for the animals used in research. 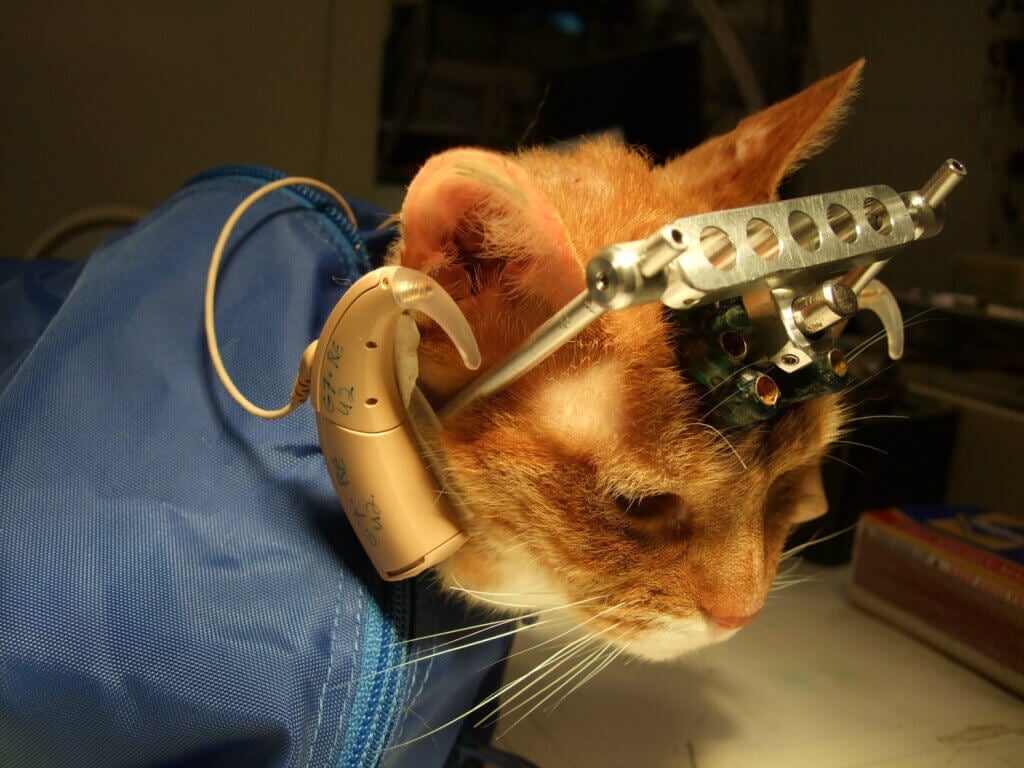 Defenders of animal experimentation argue that nonhuman animals are enough like humans to make them scientifically sufficient models of human diseases, or to test treatments or the safety of products.  They also assert that other species are different enough from people to make it morally acceptable to use them in experiments. Others argue that it is, in fact, the way that humans and nonhuman animals are similar that provides the very basis for the ethical objection to animal experimentation. Perhaps the English philosopher Jeremy Bentham said it best when he asked, “The question is not, can they reason? Nor, can they talk?  But can they suffer?”

There is very little doubt that some breakthroughs in the past were made as a result of animal experimentation; but society has grown in its respect and appreciation for other sentient creatures, due in large part to studies of their behavior and intelligence. Sophisticated technologies, available today or under development, pave new and better paths for investigation. Many of these approaches offer human relevance and insight in ways that animal models have not, and cannot, supply.

What do you think?

Note: If you find any errors, whether mistakes in wording or any scientific or historical inaccuracies, please alert me to them. And share your thoughts about animal experimentation! Thanks :).